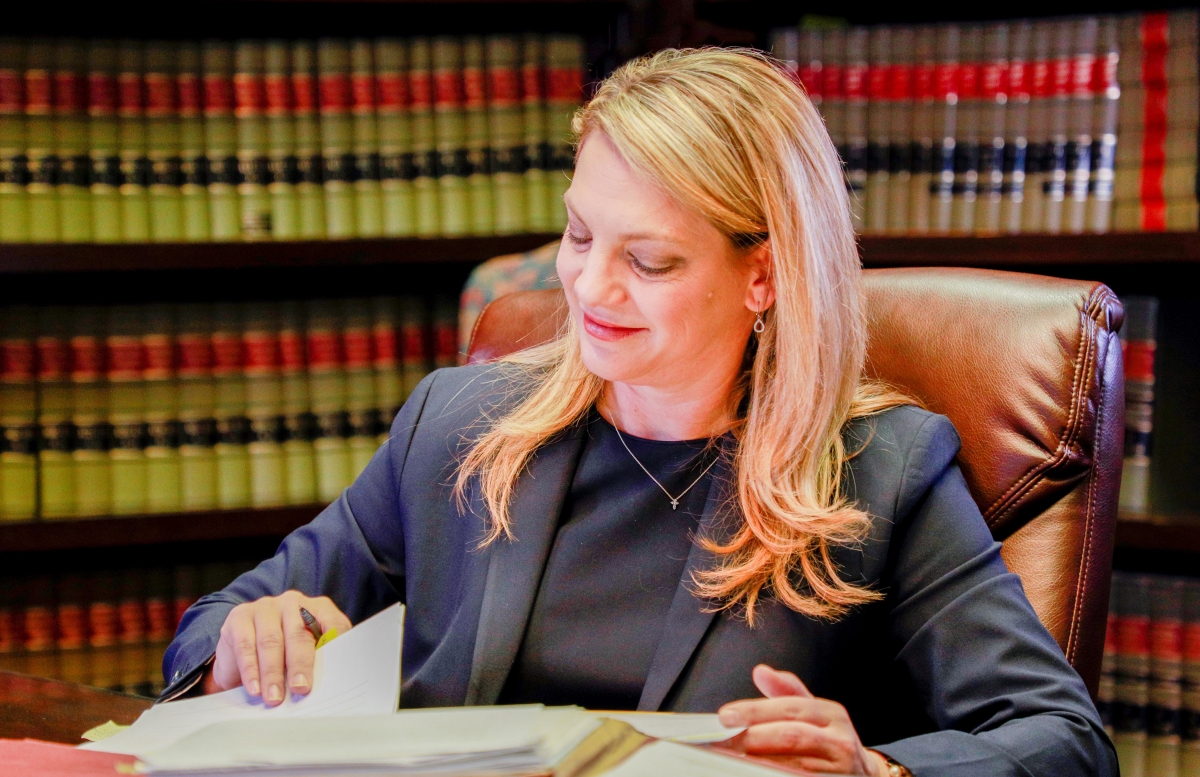 According to the American Bar Association, women comprise 38% of working legal professionals. This is a gigantic leap compared to 1960, when fewer than 1 in 25 lawyers were women, according to the U.S. Census. Even though the profession has come a long way, legal firms everywhere are still trying to diversify their practice.

In honor of International Women’s Day, Emily Biscone discussed what it’s like working as a female attorney in 2020.

What made you want to be an attorney?

My dad, co-founder of Johnson & Biscone, told me I wasn’t going to be an attorney, so I had to prove him wrong! Whenever he went to the office when I was little, I would come with him. I immediately knew it’s what I wanted to do. When I was in college, he looked at me and said women didn’t become lawyers, which was mostly true at the time. Soon after, I signed up for the LSAT. I don’t think I even told him.

What is it like being a female lawyer in the courtroom? Do you notice any differences?

I have to work harder. While more women are entering the legal profession, we are still outnumbered. I’m never hesitant to step up to the plate, but I have to bring it. My opponents are generally men with more experience. I have to be more prepared than my male counterparts. I try to show I don’t quit until the job is done.

What advice would you give a younger female attorney?

Don’t back down. You have to put in a lot of work. A lot of work. It’s no different than what I tell my daughter with her sports — she’s naturally talented, but there are still people that are better than her. She has to put in the work to stand out.

How do you think diversity impacts the overall outcome of a case?

I think the team aspect helps a lot. Because when my dad and I collaborate on a case, we both bring a different perspective. Our clients appreciate it in the long run. With Johnson & Biscone, everyone knows they’re not just getting one lawyer. They’re getting a team.

What would you want your daughter to learn from your work?

When my daughter comes home from soccer and complains, I tell her I face adversity every day. Tough judges, competitive lawyers and, sometimes, what seem like impossible cases give me plenty to complain about. And she says, “Yeah, but you don’t complain about it.” I try to show my kids anything they do, whether it’s school or sports, is going to come with obstacles. I try to live what I preach to them.

What does International Women’s Day mean to you?

I pride myself at working alongside all attorneys equally, but I believe I have to earn that. I don’t want somebody to treat me a certain way just because I’m a woman. I want them to do it because they think I’m a hard worker. I want the respect because of what I do, not because of who I am.