Why Uninsured Motorist Insurance is a Necessity

It was a typical June day for Desi Robinson as she traveled on Northwest Expressway in 2018. Desi, who worked for Embark at the time, was driving near Piedmont, Oklahoma, when an accident occurred on the other side of the road. Things quickly took a turn for the worse as a car came crashing into her lane and hit her head on. 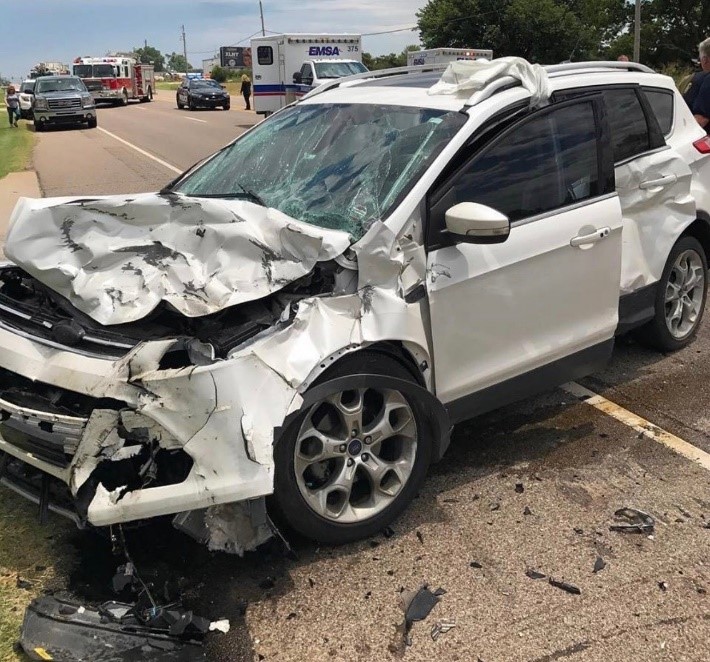 The crash was one of the most severe impacts we’ve ever seen, and Desi is lucky to be alive. After firefighters freed her from the wreckage of her Ford Escape, she was taken to the emergency room for immediate care. Desi soon learned some devastating details: The at-fault driver was underage and uninsured, and Desi’s injuries meant she couldn’t work for months. To replace her car and pay her medical bills, she knew she’d need legal assistance, and fast.

Desi’s family carried this coverage, but her insurance company initially denied the UM claim. Once she contacted Johnson & Biscone, we requested all relevant documents and were fortunately able to earn Desi a fair and significant settlement.

“James worked incredibly hard for me,” Desi said. “With his help, I was able to pay all my medical bills, including those for physical therapy, and I even had enough money left over to buy a new car.”

Desi’s story could’ve ended up much worse, and cases like hers highlight why we always advise people to hire a lawyer after a wreck. We’ll help you navigate the confusing world of insurance claims and get your life back on track.

If you’re ever in an accident, give Johnson & Biscone a call at 405-342-3455, or use the form at the bottom of this page to schedule a free consultation. Helping people overcome obstacles, especially after narrowly escaping a tragedy, is the best part of the job.

Fixing Clients' Lives, Not Just Legal Problems
Who Is Liable if I’m Injured in a Car Accident Caused by Poorly Maintained Roads?

In most instances, car accidents are caused by the negligent actions of a driver.

What Are the Laws Governing Medical Malpractice Cases in Oklahoma?

If you’ve been injured due to the negligence of a medical professional, you may be entitled to file a medical malpractice claim to recover compensation for your damages.