DePuy Hip Recall: What You Need To Know 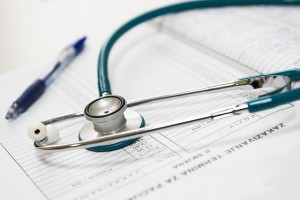 The Pinnacle and ASR hip implants were developed by DePuy Orthopaedics in order to help young patients with their active lifestyles. After research and studies were done, it has been reported that these systems are linked to serious complications like metallosis.

DePuy Orthopaedics has around 200 products on the market. A few of these products have not performed well and have cost the company billions of dollars.

The three hip recall products are:

These products were designed and developed to help younger patients with their flexibility and athleticism.

The DePuy Hip Implants are made as a metal-on-metal hip. Eventually it was concluded that problems were associated specifically with the hip replacements being made of metal. These issues include:

DePuy’s hip replacement devices involve metal-on-metal movements. As it wears down, your body may end up housing excessive metal shavings. Your body will become severely inflamed around the surrounding area and this can lead to significant damage to the muscle and soft tissue.

Significant damage to the surrounding area is a great concern because it has caused complications in future corrective surgeries or replacement surgeries.

Tests have discovered that those with recalled ASR devices may have a high level of Cobalt, or cobaltism, which can result in vertigo, blindness, deafness, tinnitus, nerve damage, seizures, painful migraines, and hypothyroidism. Those with impaired kidney function may be subjective to fatal side effects if they succumb to cobaltism.

Lawsuits numbered in the thousands have been filed against the Johnson & Johnson subsidiary company. As of November of 2013, Johnson & Johnson reported that they agreed to pay $4 billion to settle lawsuits involving the ASR.

Evidence was provided in court that proved nearly 40% of ASR devices would fail within the first five years of use.

Those who have used DePuy’s hip replacement surgery and products may be entitled to legal compensation to cover present issues and future issues.

Are you a user of DePuy’s hip replacement products? Please get in touch with Oklahoma City medical lawyers, like Johnson and Biscone, as soon as possible. You may be entitled to a significant settlement to help you with your current complications as well as any future complications: