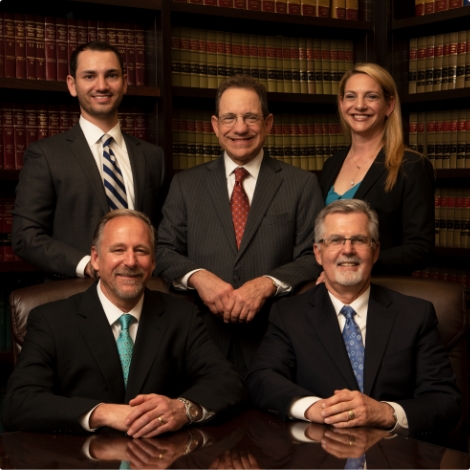 Depending on who you ask, pre-workout supplements are either:

For years, the makers of two preworkout supplements have been involved in countless lawsuits regarding the health effects of their products. The two products in question are Jack3d and OxyElite.

Both products have been taken off the market – although lawsuits are still ongoing.

Other preworkout supplements – even the ones made by reputable supplement manufacturers – may also put users at risk.

Why Preworkout Supplements Can Be Dangerous

Preworkout supplements are primarily targeted towards men who want to squeeze every last drop of power from their muscles during a workout. The supplements promise to enhance endurance and power while reducing muscle fatigue.

You might feel a short-term boost of energy after using a preworkout supplement. But the unwanted side-effects can be devastating:

Caffeine and creatine both have something in common: they’re both diuretics, which means they draw water from the body and force you to urinate more frequently.

Creatine has the added effect of encouraging muscle cells to absorb more water, which means there’s even less water in the rest of your body. This can lead to dehydration.

Creatine is typically considered a safe nutritional supplement when taken with lots of water. It’s popular among amateur and professional athletes.

Creatine is a natural compound produced and stored in your muscles. Just like with steroids, taking too much supplemental creatine can cause your body’s production of creatine to drop off.

At the same time, your body could start producing more creatinine – a chemical compound safe in small doses but dangerous in large doses. If left untreated over time, creatinine can aggravate existing kidney problems and cause renal failure.

Ultimately, all of these effects can combine to cause your blood pressure to spike while also leading to long-term heart problems.

The U.S. has the Food and Drug Administration. Preworkout supplements (and most other athletic supplements) are neither foods nor drugs, so the FDA leaves the industry to (mostly) its own devices.

Ultimately, this lack of regulation has led to the following unwanted side effects:

Some people have linked these problems to specific ingredients. Yohimbe, for example, is often added to preworkout supplements to act as a thermogenic. In reality, it can lead to excessive sweating and an elevated heart rate. Synephrine, Geranium, aspartame, DMAA, and artificial dyes are other ingredients similarly linked to bad side effects.

Jack3d was a popular preworkout supplement once sold by a Dallas-based company named USPlabs. That company also sold OxyElite Pro.

Jack3d used an ingredient called DMAA, which has been linked to health problems across the United States. Recently, two U.S. Army soldiers who died of heart attacks during physical training were found to have DMAA in their system.

DMAA, coincidentally, is the same compound used in many party pills.

In September 2014, Law360.com reported that USPlabs LLC had agreed to pay $2 million to settle a class-action lawsuit involving Jack3d and OxyElite.

In the months leading up to that settlement, dozens of cases across the United States had been centralized in federal Multi-District Litigation (MDL).

Ultimately, the compounds in Jack3d and OxyElite were considered so dangerous that the FDA forced USPlabs to destroy about $8 million worth of the supplements stored at a Dallas-area facility.

What To Do If You’ve Been Harmed By Preworkout Supplements

Ready to pursue pharmaceutical litigation in Oklahoma? Johnson & Biscone have represented Oklahoma clients involved in some of the largest drug lawsuits in America today, including Darvocet, Darvon, Yaz, Avandia, Reglan, and other dangerous medications.